The Untitled Still Life Collection brings dance and visual art together in the gallery. First conceived in 2010 during a residency at ICA Boston, the performance features two long-time friends and first-time collaborators: the choreographer/performer Trajal Harrell and installation artist, Sarah Sze.

One year ago, Trajal Harrell and Sarah Sze spent a week at the ICA where they began to draw movement out of the complexities of conversation. In the year since then they have built a platform for experimentation, in which Harrell collaborated with Sze to generate movement and Sze stripped her material palette down to a thin blue line of string. The resulting oscillating tensions between the performers, the material, and the space they define become the operative structure of The Untitled Still Life Collection. In this new work, rather then employing a more common collaborative model of a visual artist creating a set for a choreographer to perform in, the artists create a dialogue of mediums where the choreographic and sculptural minds entangle themselves transforming their individual properties and generating a new collective potential.

Sarah Sze is a Boston-born artist and sculptor who began showing her work in New York in 1996. A graduate of The School of Visual Arts (1997) and Yale University (1991), Sze has had solo shows at the Museum of Contemporary Art, Chicago; the Museum of Fine Arts, Boston; The Institute of Contemporary Arts in London; and The Foundation Cartier in Paris. She has work in the collections of the Museum of Fine Arts, Boston; Museum of Modern Art, New York; Whitney Museum of American Art, New York; Guggenheim Museum, New York; Los Angeles Museum of Contemporary Art; and the Walker Art Center, MN, among others. In 2003, she received a MacArthur Genius Grant Fellowship. The Untitled Still Life Collection is commissioned and presented as part of Co Lab: Process + Performance, an ongoing joint project between Summer Stages Dance and the Institute of Contemporary Art Boston featuring some of America’s best artists coming together in dynamic collaborations between the visual arts, music, poetry and dance.

The collaboration between Sarah Sze and Trajal Harrell is made possible by the Contemporary Art Centers (CAC) network administered by the New England Foundation for the Arts (NEFA), with major support from the Doris Duke Charitable Foundation. CAC is comprised of leading art centers and brings together performing arts curators to support the collaboration and work across disciplines, and is an initiative of NEFA’s National Dance Project. 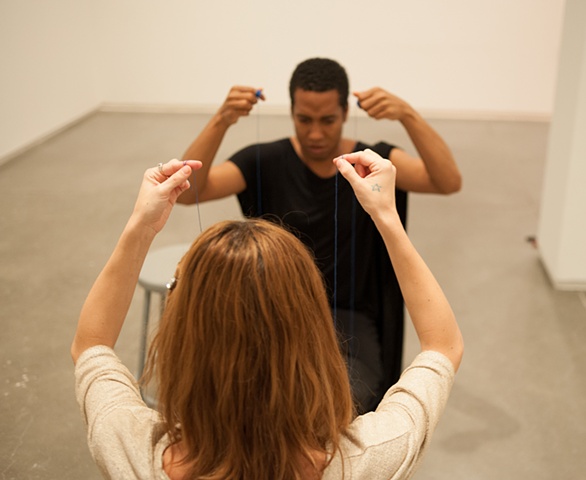