Tickle the Sleeping Giant is “a permanent work-in-progress” by choreographer Trajal Harrell developing over the course of 20 stages. Proposed as open-ended, modular, and unfinished, once the work has been created through twenty performance stages it will be unfinished for perpetuity and performed no longer. An important aspect of this concept is to discover the possibilities existing within a structure which develops publicly over time for the sake of questioning the definitions, strategies, and terms of a choreographic practice, inquiry, and presentation.

In Stages #1 through #6, the work explored the notion of how the “aesthetic of cool” gets written on the body. It began as a collaboration with fashion designer Joseph Carter, the design director at Marc Jacobs, and composer Mechelle N’degeocello. In stage #6, it morphed into an online photographic essay in colloaboration with a photographer, David Bergé. Finally in Stage #7, despite resisting becoming a piece or a work of art, the project became that – it became The Ambien Piece. Hopefully as the Stages accrue it will once again morph and perhaps abandon its arthood. However, for now it lives as The Ambien Piece. 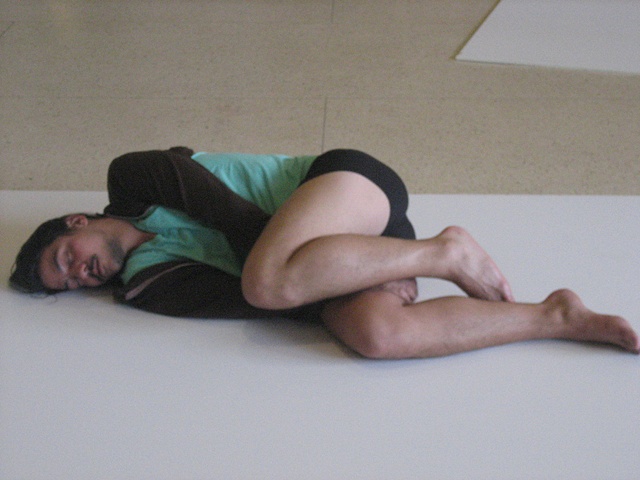 The Ambien Piece/Tickle The Sleeping Giant
< previous next >