Twenty Looks or Paris is Burning at The Judson Church comes in fives sizes- Extra Small (XS), Small (S), Medium (M), Large (L), and Extra Large (XL). These five choreographies share a collective choreographic inquiry: "What would have happened in 1963 if someone from the voguing ball scene in Harlem had come downtown to perform alongside the early postmoderns at Judson Church?" Rather than illustrating a historical fiction, the new work transplants this proposition into a contemporary context. What we experience was neither possible at The Balls nor at Judson, but perhaps a third possibility is created. In the construction of an imagined audience --- that of a 1963 Judson Church Dance Theater audience --- in the minds of a real audience in 2009, OR put in another way, in the distance between who we imagine a work is being performed for and its actual performance for those present, what kind of new relations can be created, adapted, and reassigned between performer(s) and audience? 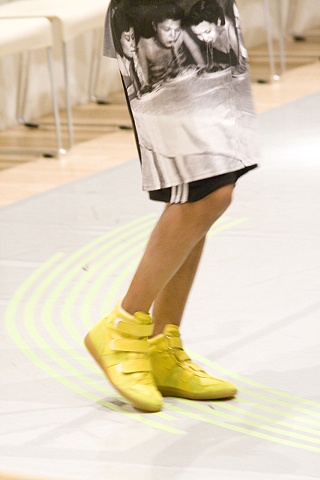